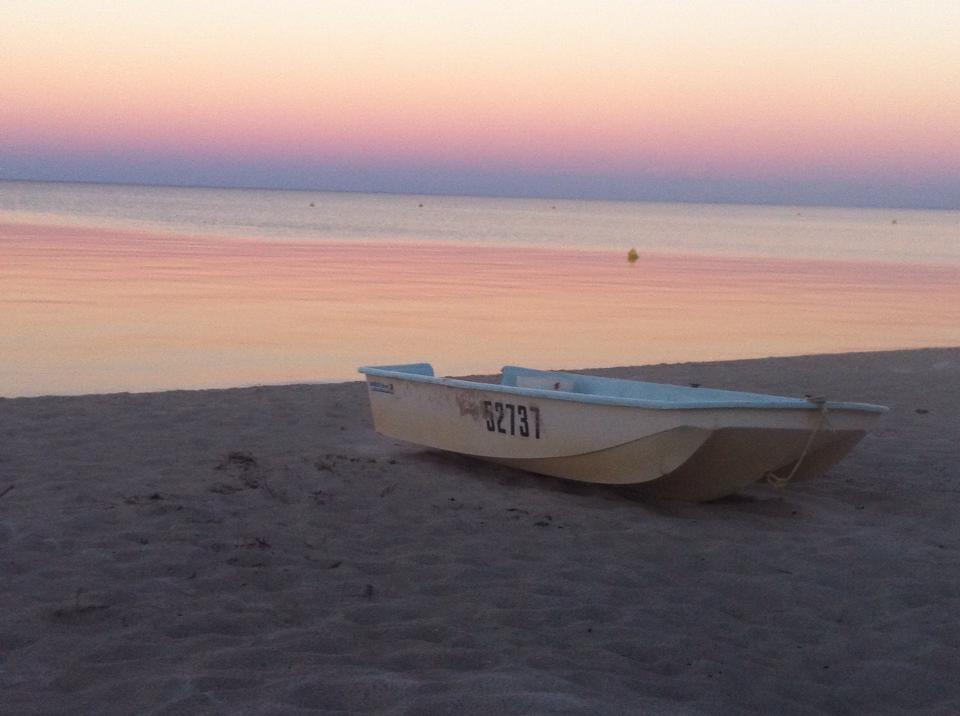 The key in your back begins to unwind as you make the turn off Bussel Highway towards Caves Road – but the excitement and anticipation is palpable too as the warm memories of holidays past come coursing back.

Around two and a half hours after you’ve left the relative rush of Perth, you find yourself in a place where golden light dapples the peppermint groves, where time takes its time and where fat, juicy grapes ripen on the vine; a place where you can find the ocean wild and mighty, but also tranquil and near to still ; a place of epic, rugged coastline, but also balmy bays of crystal azure blue; a place of huge spectacular caves speared with imposing stalagmites and stalactites immortalised in legends of Indigenous lore; a place of bohemian galleries, languid olive groves, homely vineyards and crafty cheese, bread, olive oil and ice-cream makers; a place to enjoy and indulge in the good things of life, while being awed by the sublime majesty of wild, untamed nature. There can be few places where serenity and the sublime can be found so readily as in Western Australia’s South West.

I have always loved Geographe Bay since one of our first visits to Western Australia when Louis, our eldest, was four. For some reason, he’d always had a phobia about sand. This had always led to great consternation at the sight of any sandy beaches. To appease Louis’ angst, we’d need to carefully lay down a towel on the beach and lift him from the car to the sanctuary of the towel, so avoiding any contact with the dreaded yellow stuff. But on one stunning Geographe Bay evening on the beach at Dunsborough, that all changed. The calm of the evening was matched by the lulling lapping of the bay’s waters on the shores and, perhaps reassured by such a benign environment, Louis finally cast off his inhibitions and plunged into the unbridled joy to be had as a four-year-old mucking around in the sand. Seeing him scampering and splashing around by the water’s edge in the golden light, gleefully launching clumps of sand skyward into the sea, chattering away to himself lost in a happy world of play, is one of my abiding memories and gratitudes of seeing him grow up.

Now, every year, sometimes twice if we are lucky, we make the journey ‘Down South’ or “Down the South” as Jacob our youngest used to put it for our eagerly awaited stay at our beach-house cottage

, courtesy of a colleague of mine, Jim, in exchange for a contribution to its upkeep. It’s a modest place, but very comfortable, with a wood-fire burner and a familiar charm all of its own. You can see the water of the bay from the porch through an archway of peppermint trees making it an amble of all of 30 seconds to the water’s edge and the mesmeric pink glow that kisses it in the summer evening light. And most importantly, as far as I’m concerned, Jim’s place comes with its own boat. Now, it’s a pretty humble 12-foot fibreglass row-boat, but it gets you out the few hundred yards to the sea grass sand-holes, where you can find some seriously good fishing action.

So most early mornings down south finds me creeping out the house and wheeling a wooden cart laden with fishing tackle, bait and a flask of very strong coffee down to the shoreline. Ever industrious, Jim fashioned the cart for the purpose of transporting the boat from his garage to the water – but it makes schlepping all the gear easy and painless – especially at that unreal time of the day. Once I’ve loaded up the boat and dragged it out deep enough to board, I hop in pick up the oars and I’m away. As the still water envelops the oars, I stroke into my rhythm and the boat glides smoothly across the millpond surface. It’s then that I feel like I am passing away from the everyday world to a haven of magical solitude. I find my spot, set the anchor and cast my baited hook over the side and wait expectantly for the first bite. Then I am so utterly absorbed in the moment as to feel truly alive.

And it’s never very long before there’s a violent, insistent rap on the rod. And if I am lucky, I’ll hook up with a beautiful King George whiting. These elongated, mottled fish, fossick around in the sand with their underslung mouths, not unlike the European freshwater barbel. Even at relatively small sizes they fight hard and, unfortunately for them taste wonderful, their fillets coated in flour and fried in butter and finished with a squeeze of lemon – simply delicious.

The normally placid water of Geographe Bay that is formed by the ‘hook’ of coast that stretches down and around from Bunbury to Cape Naturaliste is gin-clear allowing you to gaze down over the side of the boat into 15-20 feet of water and see all the way down to the sea grass meadows on the bottom and every fish that moves. When the fish start ghosting in on the ‘burley’ (oily meal-based fish attractant), it’s like you’re peering down into an aquarium. And when ‘the bite is on’ with leaping Australian herring, dogged fighting skipjack trevally and neon-blue beaky garfish – the action’s pretty frenetic on the boat, particularly when the boys are on board fishing too. Then it’s a whirring blur of baiting up hooks, casting out, chucking in the burley, helping boat hooked fish, cutting the throats and bleeding out the fish to be kept on ice in the cool-box. It’s usually a happy boat that returns to shore from the evening shift with one of the boys excitedly scampering up the beach to alert the household to the night’s catch.

One of the first years there, Jacob raced up to the house to proudly proclaim, “I caught a George King whiting!” thus entering into Carlish family lore, providing the source of a warm oft-repeated anecdote from our adventures “down the South.” I am sure the George Kings of this world are happy in the knowledge they now have an Australian fish named after them. Sometimes we catch cobalt blue swimmer crabs too and yummy tasting squid and friends who stay with us down there revel in the bounteous and fresh-as-you-like seafood feasts we gorge on most nights down there. Good fishing, good eating, good living – this place then is what true happiness and contentedness look like for me. 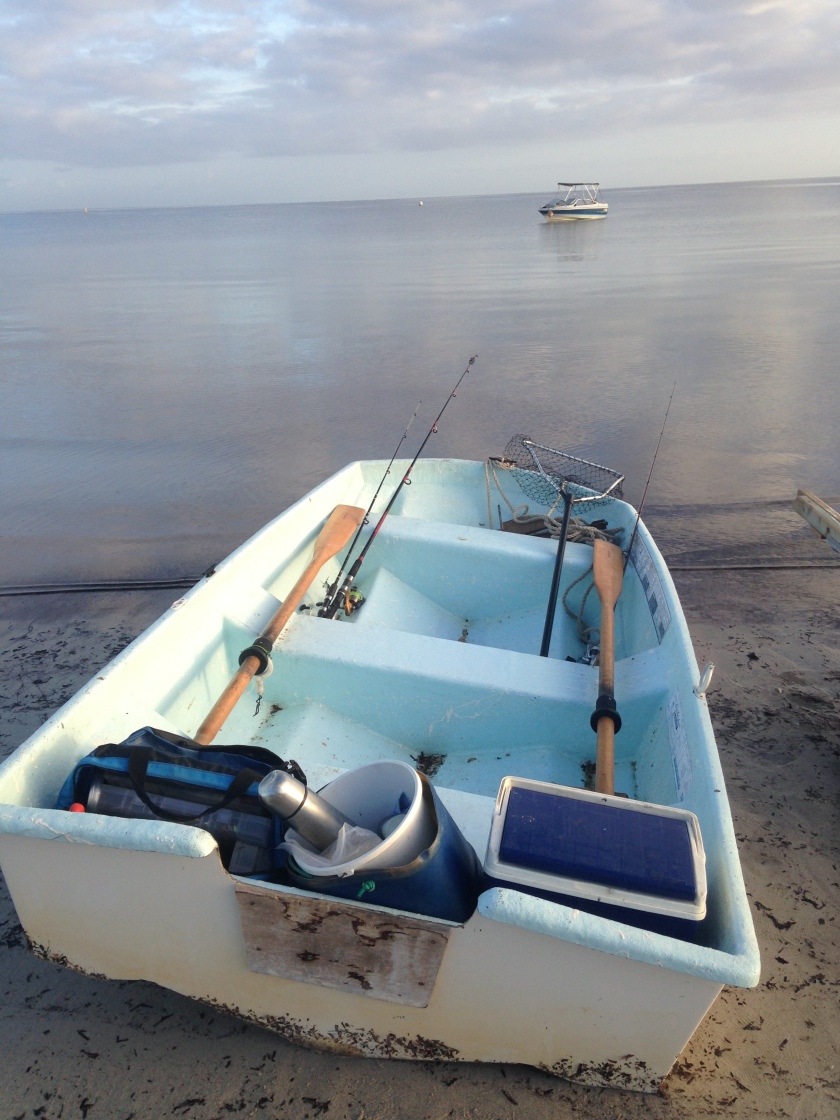 One thought on “Down (the) South 1 – Geographe joy”